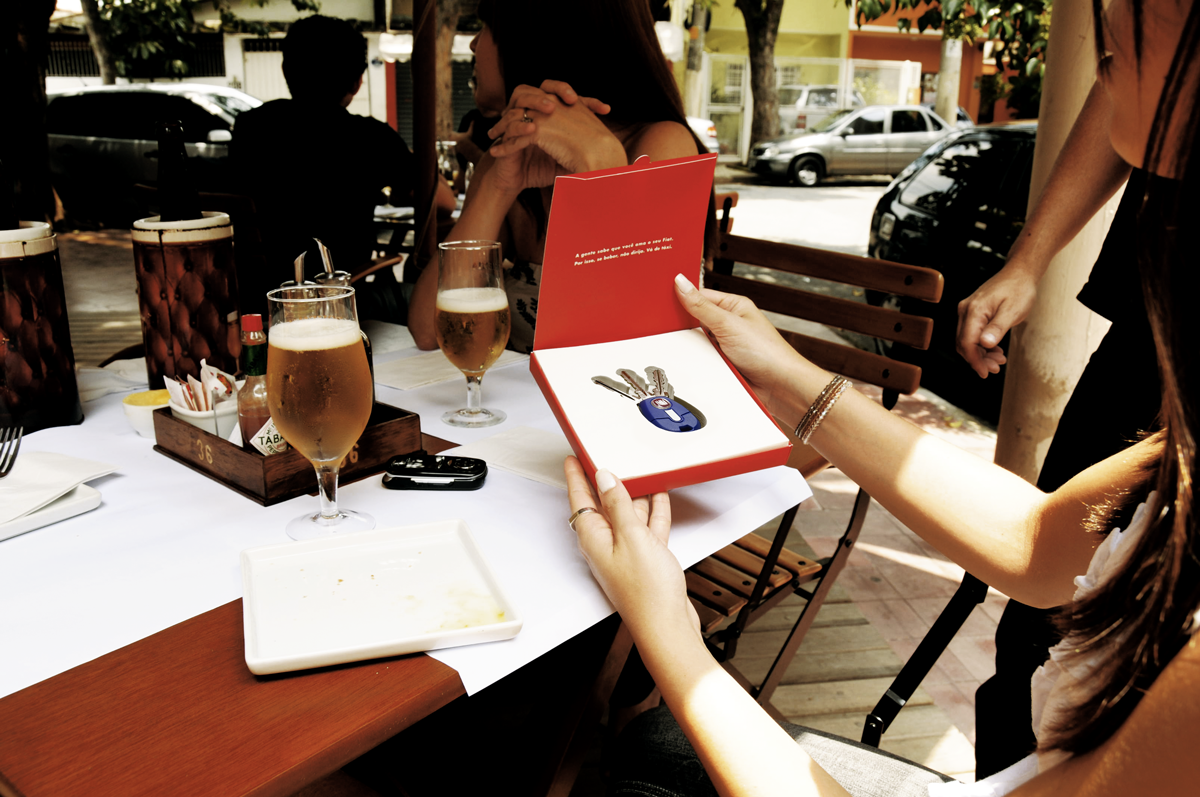 Fiat, one of the largest automakers in Brazil, wanted to reinforce the Brazilian Government’s campaign against the abusive use of alcoholic beverages in the city. The brief called for an effective action that intelligently showed the dangers of drunk driving.

To catch customers from bars and restaurants by surprise and show how alcohol can influence drivers, we created the Triple Key. The key came in a box with a message that read “We know you love your Fiat. So if you drink, do not drive.”

Within the Vila Madalena neighbourhood, one of the most hyped locations for bars and restaurants in São Paulo, 3,000 keys were distributed and, according to the Policemen working at the DIU checkpoints on that night, the index of drivers caught drunk decreased over 60% in comparison to previous days before the activation took place..