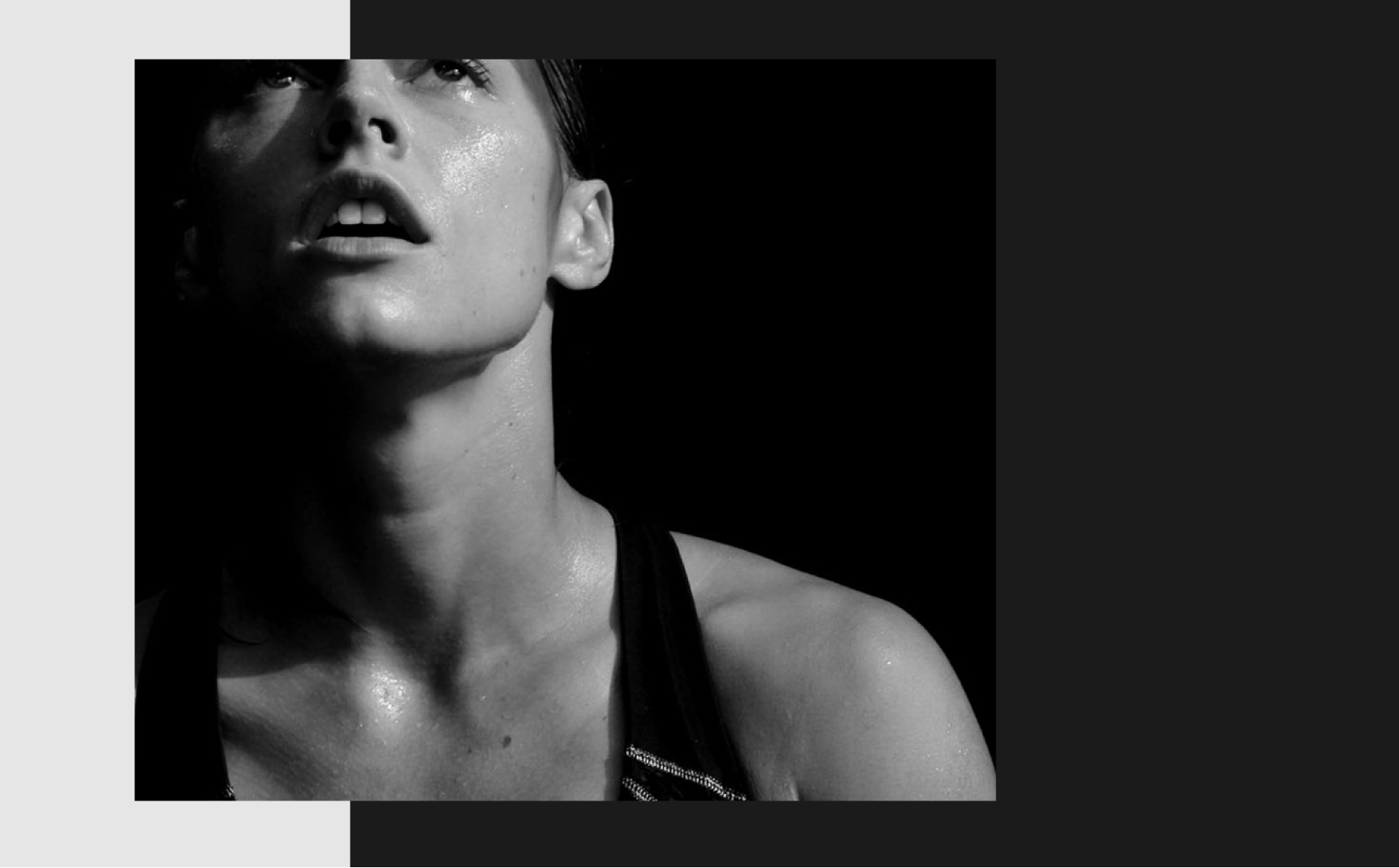 The outdoors is your therapist.

The Run Therapy concept was presented to the world with the participation of one of the brand’s biggest assets: Usain Bolt. The campaign allowed people to tell their stories and even create running groups. Run Therapy is the evolution of one of the PUMA sponsored running advisory, where extensive workouts have been transformed into collective therapy sessions and where fans have openly demonstrated the sensations and reasons that drive them. Their testimonials yielded a documentary, which worked like a teaser for the campaign. 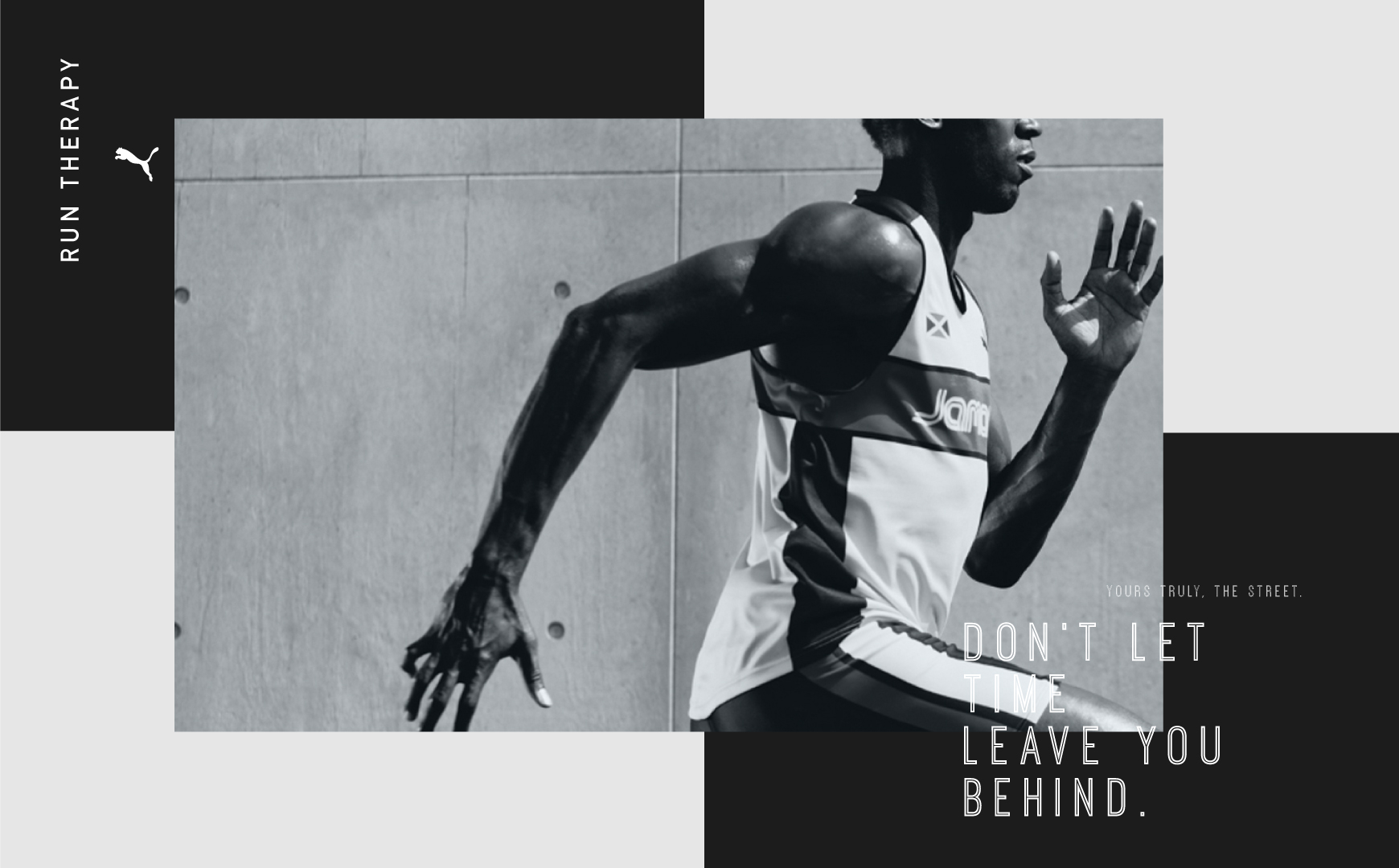 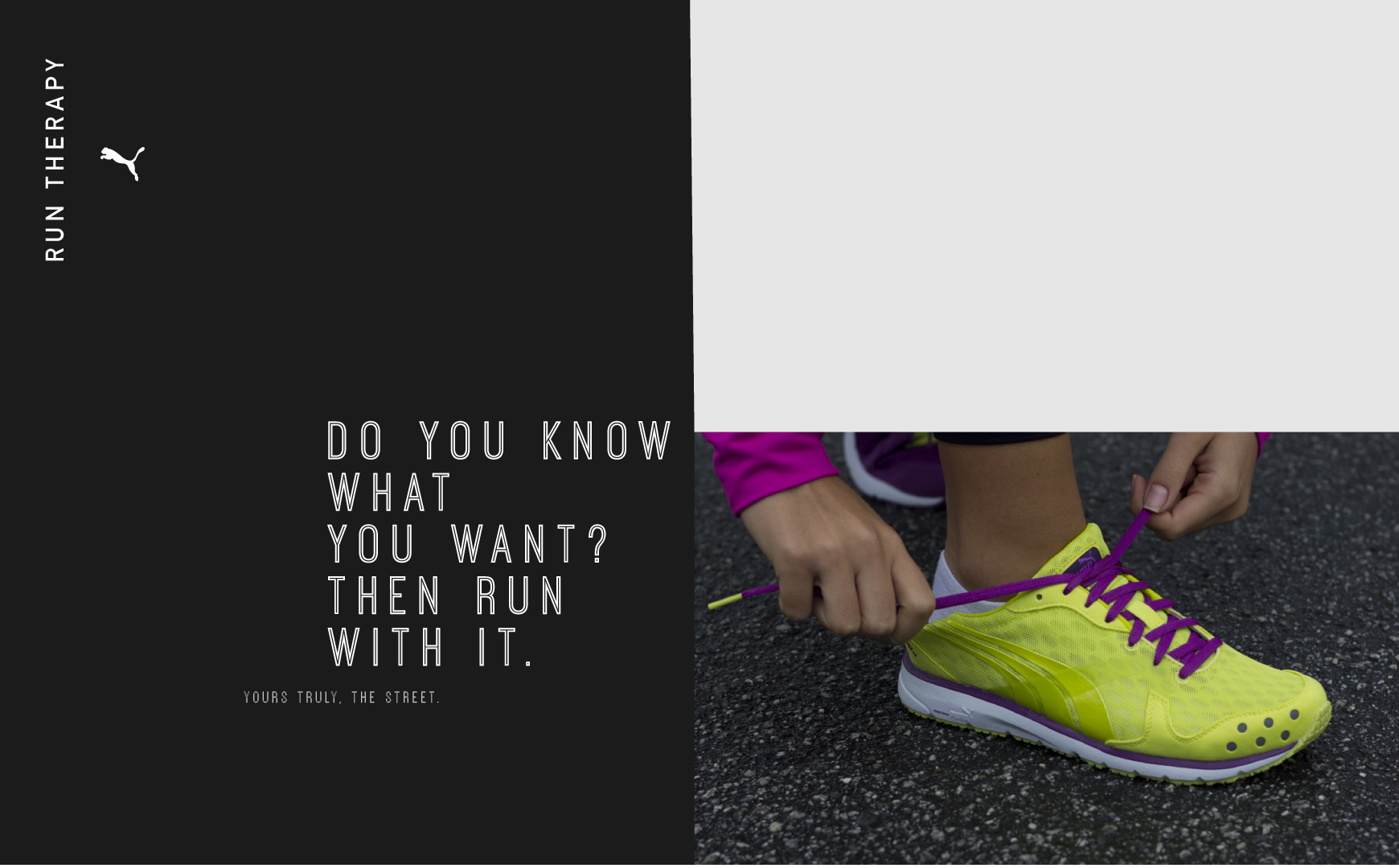 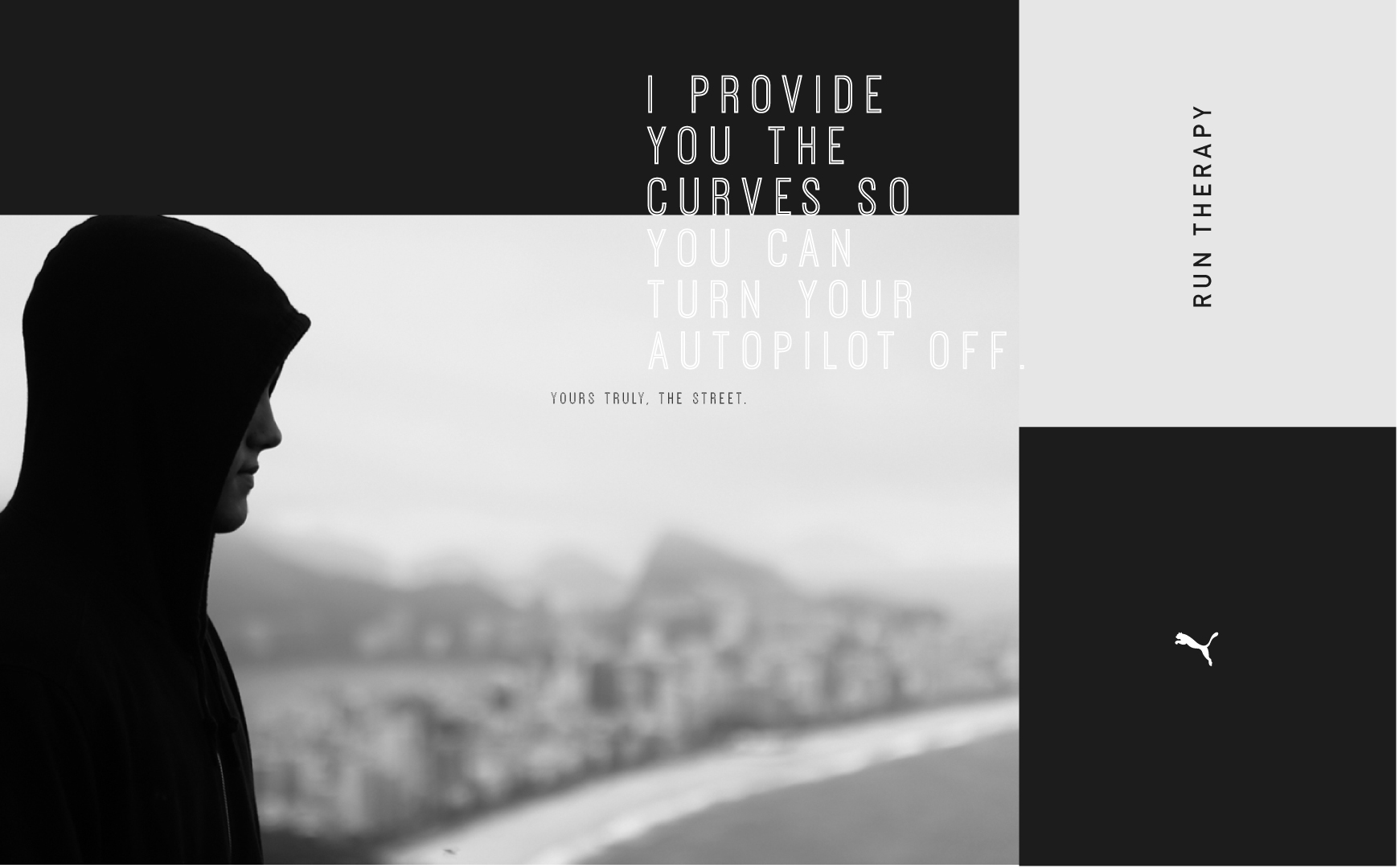 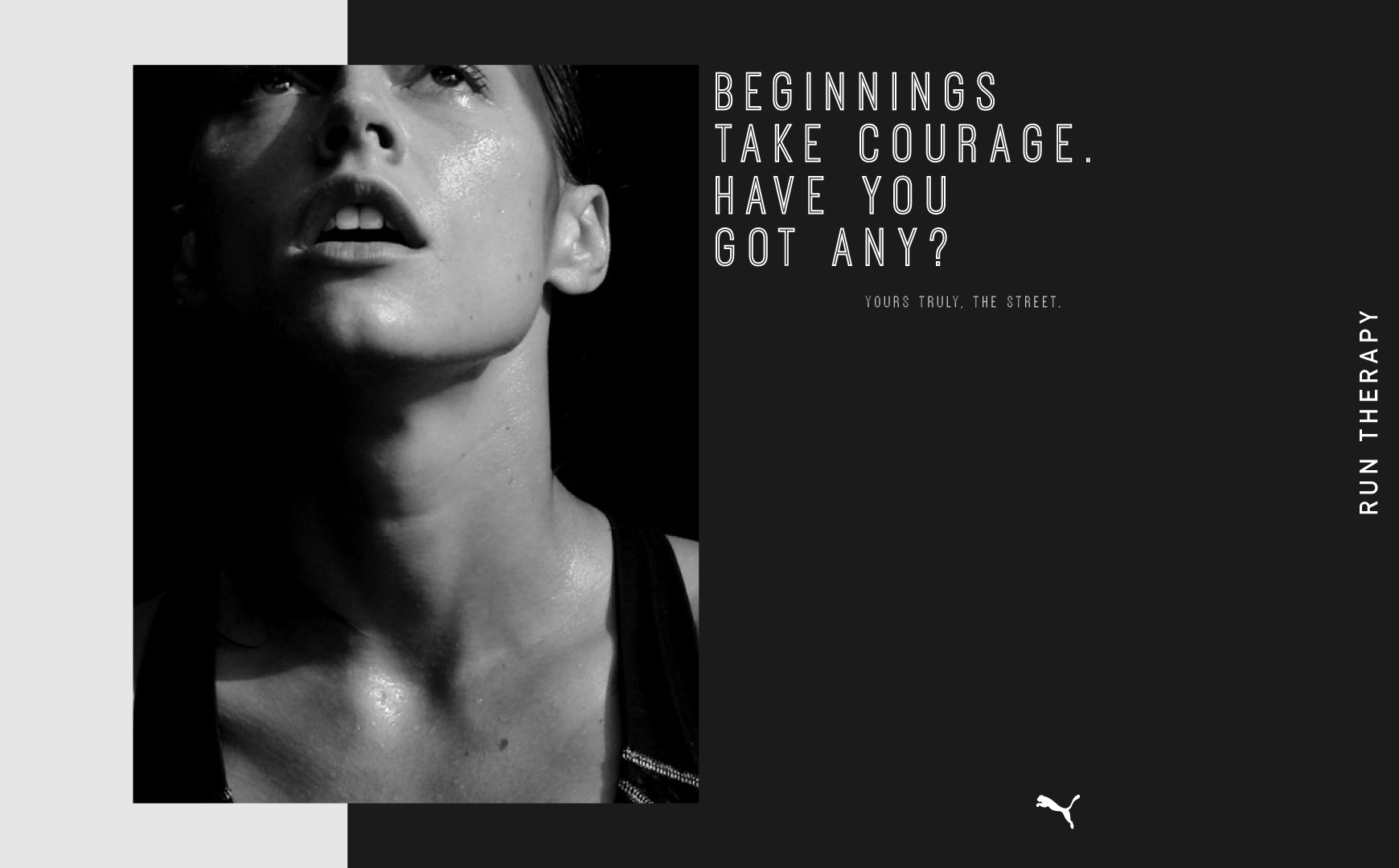 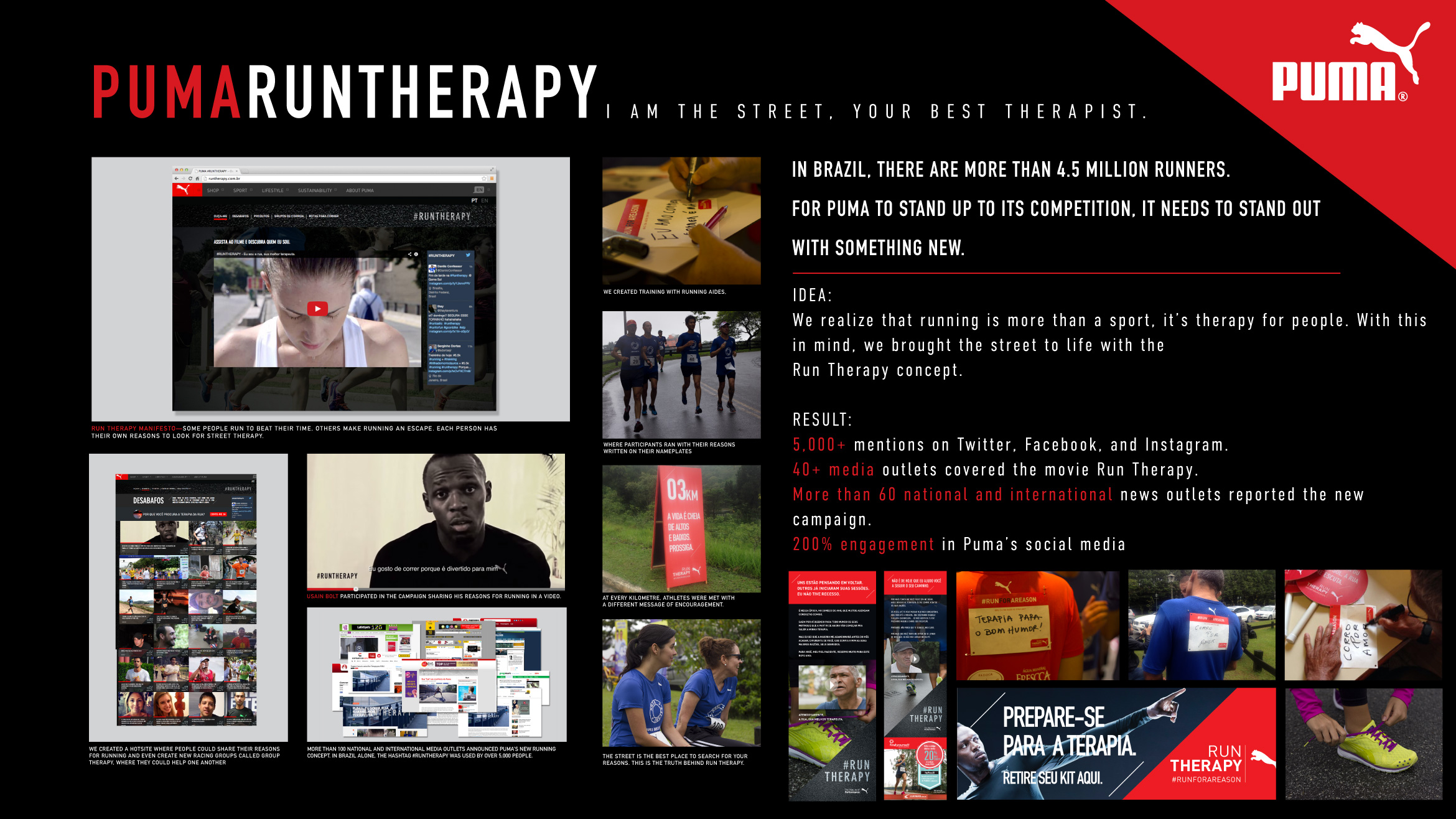